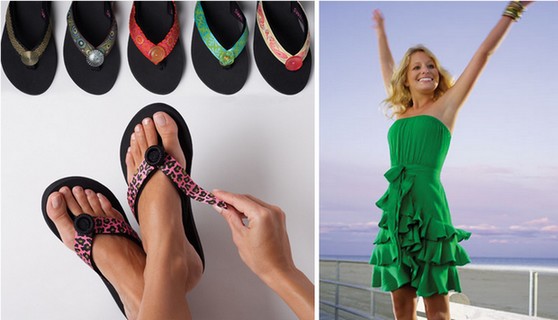 With the fashion trend right now of wearing great looking flip-flops a 16 year old lady named Lindsay Phillips in the U.S. came up with the idea for a flip-flop with interchangeable straps during art class. Today, her company — Lindsay Phillips — employs 35 full-time staffers and is projected to bring in $30 million in revenue this year, reports AOLSmallbusiness.

The idea is simple — SwitchFlops are sandals with interchangeable straps. So instead of buying several pairs of sandals, customers can instead own one sandal with multiple straps. In the wake of the Great Recession, a 3-in-1 shoe (or, heck, 50-in-1) is tailor-made for shoppers on a budget.

The basic sandal itself costs $35, and additional straps are $12. Officially launched in 2007, SwitchFlops are now sold in more than 4,000 stores around the world, and Phillips’ line has evolved into other footwear like ballet flats, wedges and espadrilles. The company also makes shopping bags, scarves and sandals for children. Lindsay Phillips, the company, is currently building an overseas office.

“I bought some fun buttons and tried to put them on some sandals, but they kept falling off when I’d go to the beach, so I used some Velcro, and started lining it to the shoes,” says Phillips, who gave out her prototype sandal straps to family members and friends.

It was just a hobby at first, until a relative said, “This is really an amazing idea. You need to patent this.”

She wound up going to a sympathetic but skeptical patent attorney, who told her to do some research and make sure there wasn’t anything similar already on the market. If she couldn’t find anything, he said he would work with her. She did her research, turned up nothing, and to the attorney’s astonishment, he couldn’t find anything either. They began the process of applying for a patent. It took four years.

Phillips recalls meeting one of her customers who had eight pairs of her shoes and 30 straps, and seeing women staring at her displays like kids in a candy store, as they selected straps and matched them up with shoes. “It’s amazing to be in the store and watch it happen because everyone picks out something different,” she says.

And being different, of course, is the whole idea.

Bed and Desk in One 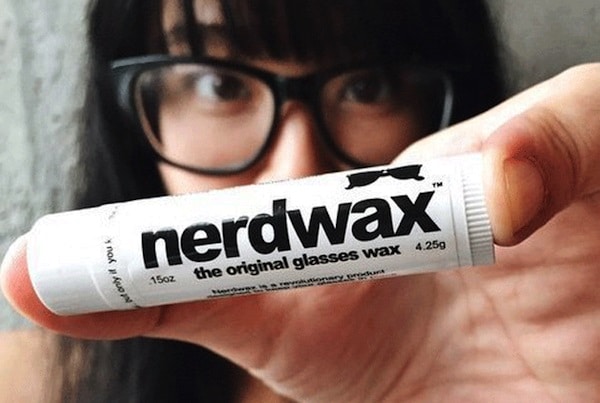 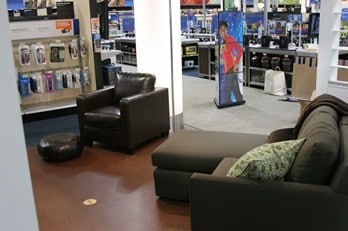 Save Money with Wholesale Office Furniture