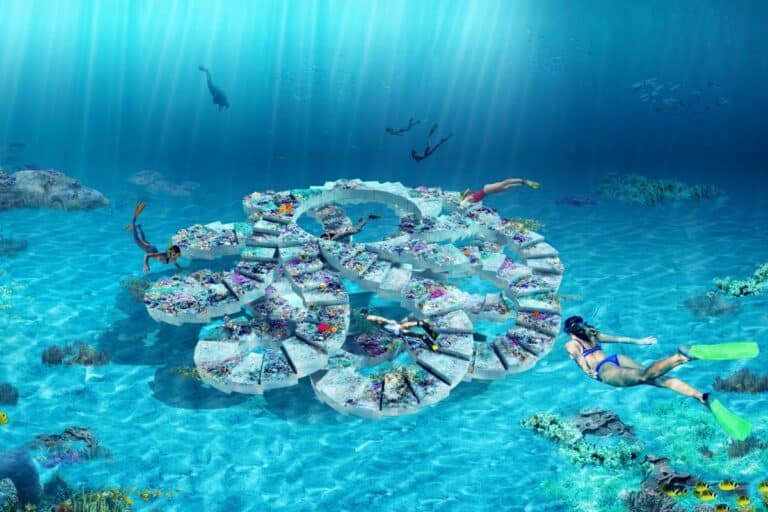 A Miami underwater diving enthusiasts – not to mention the local marine life – will soon have an unusual new attraction to explore, courtesy of OMA. Named ReefLine, it’s conceived as an artificial reef and snorkeling destination with a range of artworks and will reach a total length of 7 miles (11.2 km).

ReefLine will be located off the coast of Miami Beach and is led by OMA’s Shohei Shigematsu, in collaboration with Ximena Caminos, the BlueLab Preservation Society, Coral Morphologic, the City of Miami Beach, and researchers from the University of Miami. Marine biologists and coastal engineers will also be involved.

It will feature concrete modular units that will be stacked, following the topography of the sea bed, to serve as an artificial reef to host marine life. This will be joined by a series of art installations reachable by snorkelers and scuba divers, including one by Shigematsu that resembles a staircase and brings to mind Heatherwick Studio’s Vessel.

“OMA/Shigematsu’s sculpture explores the nature of weightlessness underwater,” explains a press release by the Dutch firm, which also completed the strange bulging Galleria in Gwanggyo earlier this year. “The stair, a rudimentary architecture element suggestive of directionality and movement, is taken out of its usual context and transformed into an underwater folly.

“Like the circular formation of the atoll, a series of sinuous spiral stairs create a three-dimensional structure reminiscent of marine life. The organic form provides layered zones for coral reef growth and interstitial spaces for exploration. The stairs rotate around a central forum for underwater gathering and activities.”

ReefLine will be constructed in phases, with the first phase slated for completion in December 2021.

It will feature the staircase-like artwork and another work by Argentine conceptual artist Leandro Erlich depicting an underwater traffic jam titled Concrete Coral that will consist of concrete sculptures of cars and trucks as a symbol of the emissions that contribute to climate change (the idea is based on a similar sand-sculpted work he made in 2019). Brazilian artist Ernesto Neto and Argentinian artist Agustina Woodgate have also been tapped for subsequent artworks.

We’ve reached out to the firm for more information on its construction methods as the project will undoubtedly cause significant disruption to the existing marine life. We’ll keep you posted. 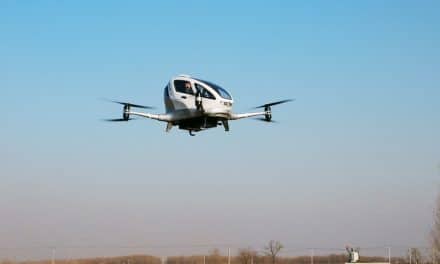