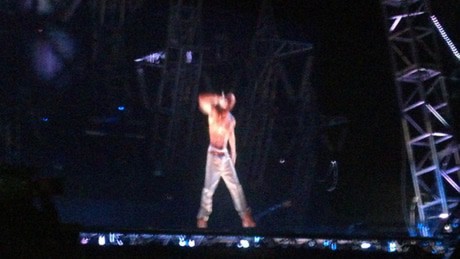 How about holding a concert from a dead rock star using a hologram for a negosyo idea?

The hottest act at last Coachella wasn’t one of the young artists who found neon-painted festival fame through the blogosphere, but an iconic rap star resurrected from the grave. Debates about whether the stunt was imaginative or exploitative persist, but so stirring was Hologram Tupac’s performance that rumors of other dead rock star tours have been swirling about in the weeks since. A report from Cassandra Daily