Merchant services are a necessary evil that most businesses will have to deal with sooner or later. There are a lot of options available, all tailored to suit different needs, and while this means you can find a solution that works for you, it also makes it harder to choose. At The High Risk Guys we have the lowest rates guaranteed for high risk merchant services. However, what actually constitutes “high risk” in merchant services? The following are some factors to keep in mind that raise the associated risk of a transaction. Understanding what makes a transaction high risk and comparing it to what kind of transactions you expect to perform on a regular basis will help you make a better decision about what kind of merchant services to enlist.

The first factor of risk is always going to be cost. The more money involved in a transaction, the higher-risk it is considered to be. The reason for this is simply because the more expensive something is, the more likely someone is to dispute the transaction later, erroneously or otherwise. Candy bars or gallons of gas are relatively-small purchases, and individuals who find items on their statement that they don’t recall are less likely to question them if they fall into this category. Larger purchases are far more likely to be considered amiss, and if there is any issue with them whatsoever, they are going to be more likely to dispute it.

Finally, purchases that are made in person but are not signed for are of the highest risk. With a signature, there is no dispute that a purchase was made volitionally by a customer. Without this receipt in tow, it becomes much harder to prove such things if a dispute is raised. The issue is that when there is a dispute, and no signature was asked for despite the opportunity for one, it secures the transaction as easier to dispute and thus much higher in risk. 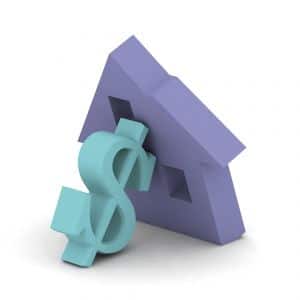 What to Know About Your Next Loan

The Many Consequences Of Bad Credit