Dual Citizenship for a Price 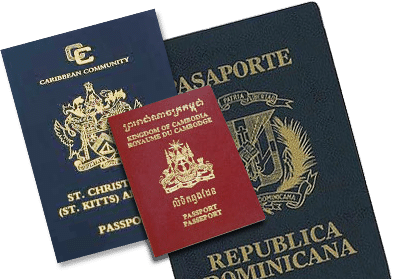 This is an idea that you can think of to travel more than 120 countries in the world for business or pleasure.

In 2006, the tiny Caribbean state of St. Kitts and Nevis was in deep trouble. Its sugar plantations had closed a year earlier, gang violence had given it the dubious distinction of having one of the world’s highest murder rates, and only two governments on Earth were more indebted. A three-hour flight south of Miami, the country of 48,000 people was more or less unknown. Certainly, the two specks of volcanic rock in the middle of the West Indies weren’t of much interest to the world’s rich. St. Kitts and Nevis had run a citizenship-by-investment program—had sold passports—since 1984, but it didn’t get much attention and was never a moneymaker.

Then a Swiss lawyer named Christian Kalin showed up. Thanks to Kalin, St. Kitts has become the world’s most popular place to buy a passport, offering citizenship for $250,000 with no requirement that applicants ever set foot on the island’s sun-kissed shores. Buyers get visa-free travel to 132 countries, limited disclosure of financial information, and no taxes on income or capital gains. The program became so successful that St. Kitts emerged from the global financial crisis far ahead of its neighbors in the Caribbean. “It’s been a complete transformation,” says Judith Gold, head of an International Monetary Fund mission to the country.

How about a vending machine inside a taxi?

A new twist in car insurance