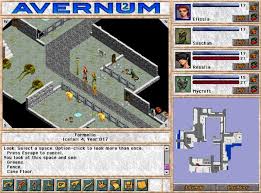 A man in the U.S. in the name of Jeff Vogel’s have been writing 22 games by himself for for the past 22 years mostly in his basement.

The most recent is the role-playing game Avernum 2 which was just published over a month ago. How’s that for a negosyo idea?

His company Spiderweb Software was derive literally from a real spiderweb in his basement where he works. This shows that making games for a living is a lucrative business also.

How Do You Set up E-Book Stores of Your Own